The boarding houses of Butetown and Tiger Bay have long provided lodgings for seafarers when ashore and the many local public houses would have been well frequented by them too.

During WW1, the number of overseas seafarers grew as the British men were called up to fight and many African, West Indian, Arabian and Asian seamen were hired to fill the jobs.

It was thought that being recruited from regions of the world with hotter climates, the new crewmen would be better able to tolerate the back-breaking work and the searing temperatures of the ship’s engine room and so the recruits were largely used as firemen, trimmers and donkeymen.

Whether or not that thinking was true, they were certainly less able to withstand a torpedo or mine as it was the engine room that was the most vulnerable part of the ship in U-Boat attacks.

Analizing our lists of sailors lost to U-boat attacks, we find 319 overseas seafarers that were shown as having lodgings in the many boarding houses in the Butetown and Tiger Bay areas. More than two-thirds of these were employed in the engine room. We have plotted their addresses on the map in red. The blue dots indicate the many public houses where they might have spent their time ashore.

Searching our lists will detail which sailors were staying where. (Care is needed when looking up Bute Street addresses as at the time is was still referred to by many seamen as Bute Road).

We also analysed the regions of the world the seafarers were recruited from and also the role on board ship of this group on their fateful voyages. The results confirms these were very much defined on racial lines. 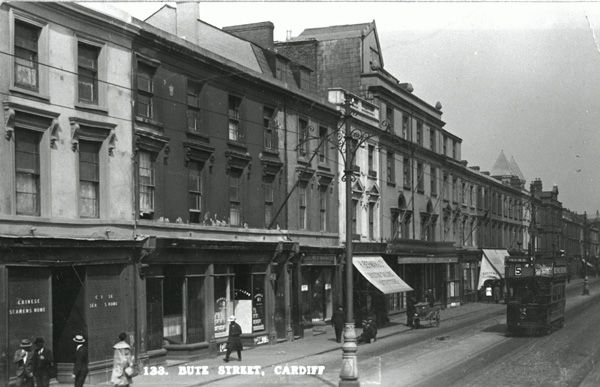 Many of the shops also had boarding houses on upper floors 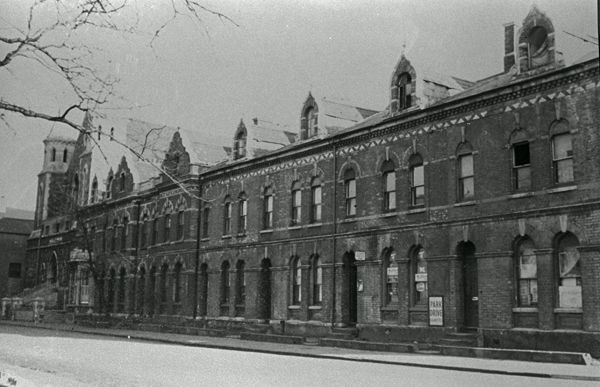 Many of the families in the square welcomed sailors as lodgers 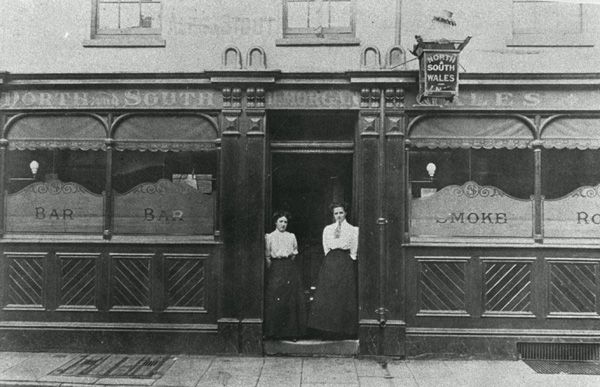 The North and South 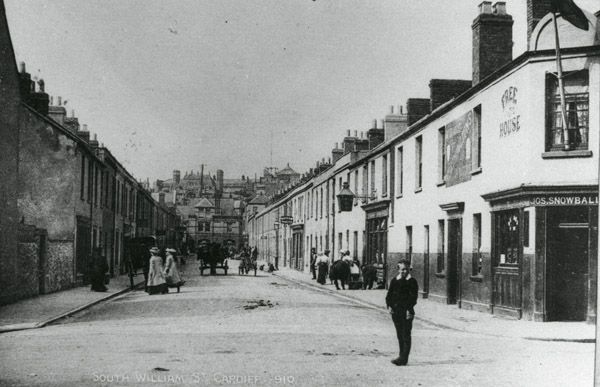 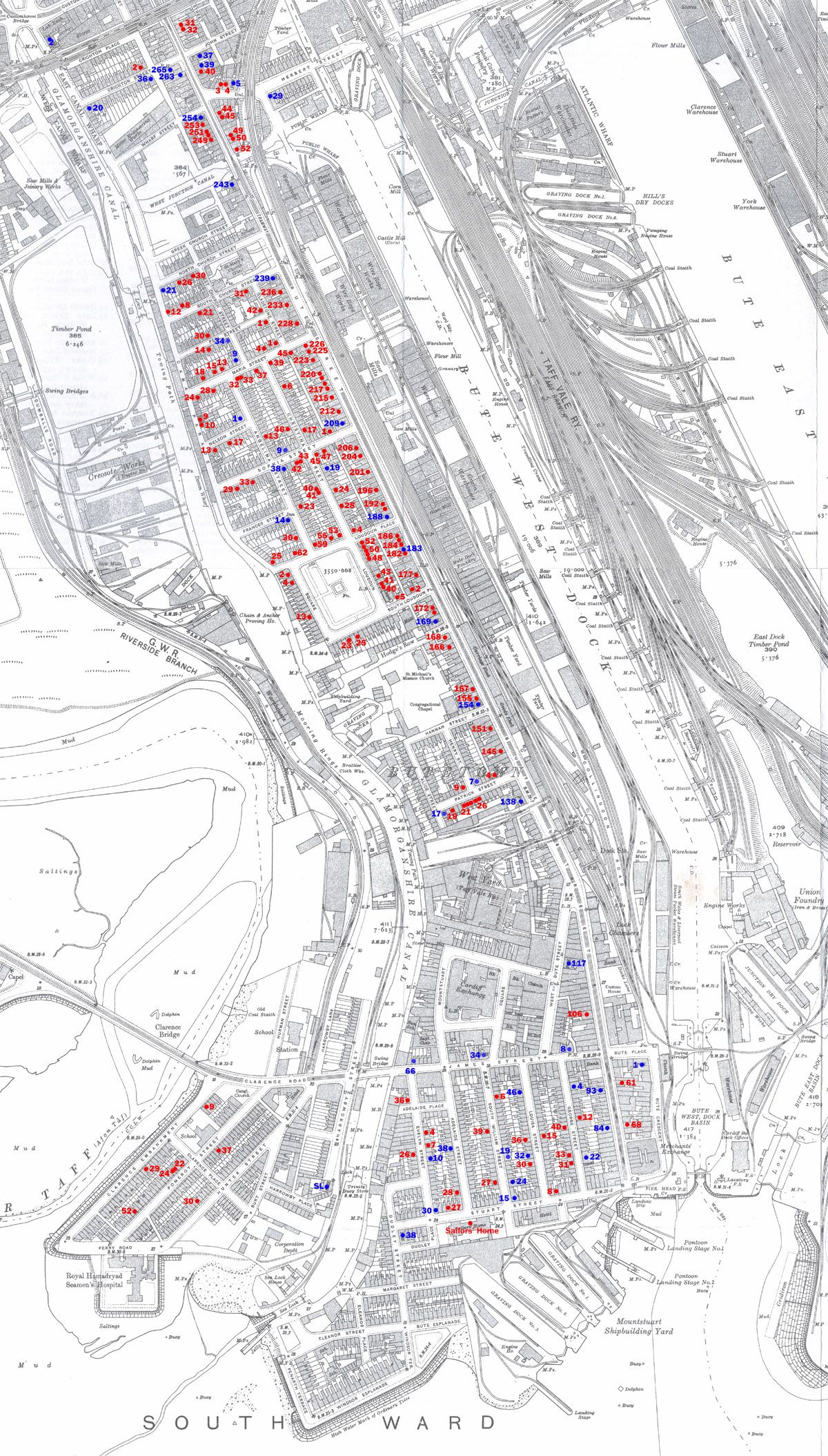 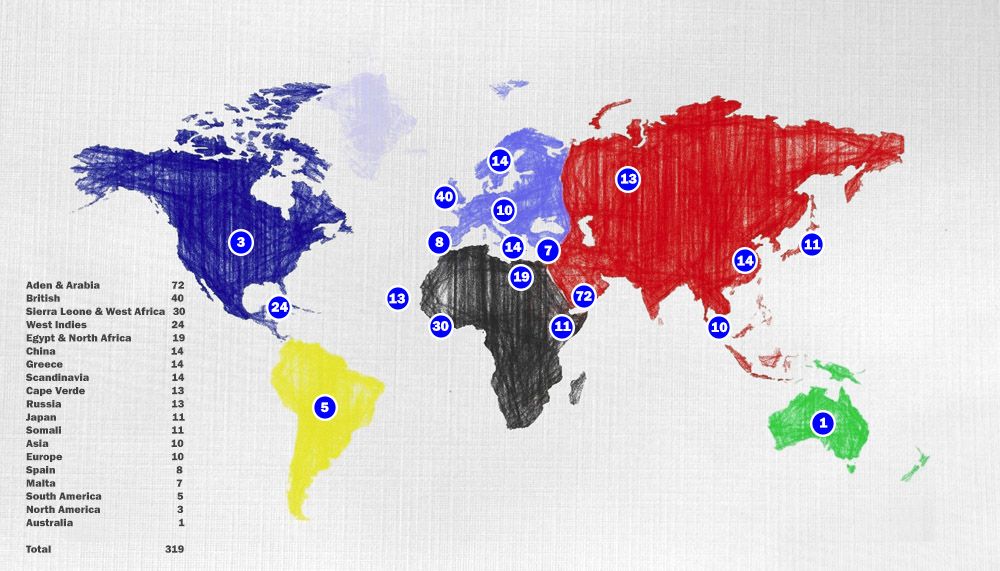 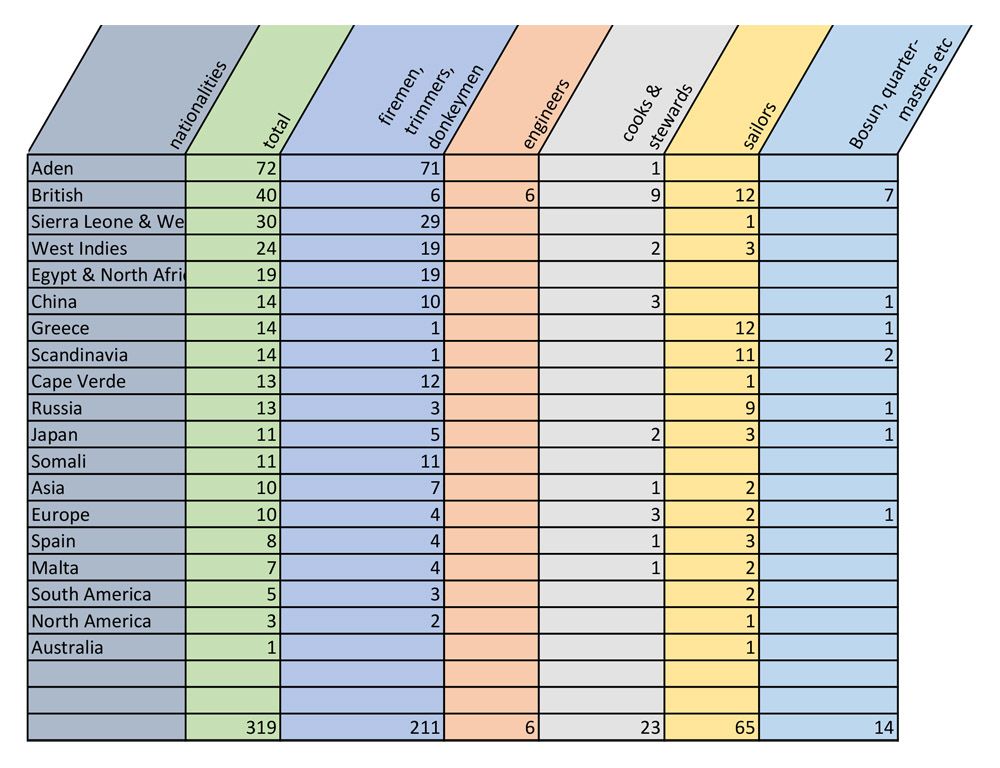